We've created a distinct culture that values personal and professional growth. Leadership and empowerment are integral parts of who we are as a company, and our Executive Team is a prime representative of The Aires Way. These savvy professionals not only bring decades of experience, but also a strong desire to tirelessly serve our clients and inspire others. 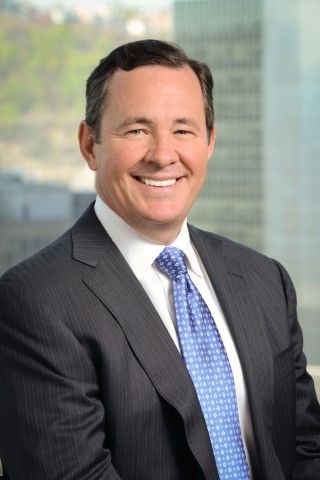 Bryan Putt is the CEO of Aires. He joined Aires in 1989 as the company's Director of Information Systems and soon moved into the sales and account management side of the business. Mr. Putt worked as an Account Manager from 1992-1994 and as the Central Regional Office General Manager from 1994-1998.

Prior to joining Aires, Mr. Putt was a Senior Consultant for Oracle Corporation in Bethesda, MD. Mr. Putt received a bachelor's degree in Management Information Systems from the Indiana University of Pennsylvania, and holds both Certified Relocation Professional (CRP) and Global Mobility Specialist (GMS) designations from the Worldwide ERC®. Mr. Putt is a former president of OMNI (Overseas Movers Network International) and has been instrumental in the development of various tools that have revolutionized the relocation industry. 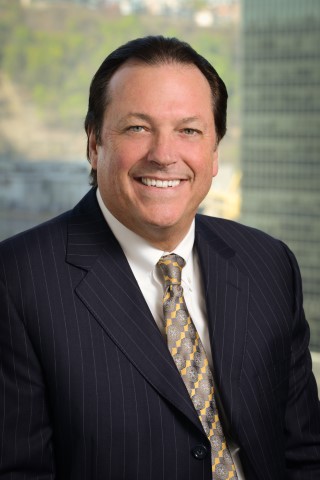 Jeffrey Wangler is President of Aires. He joined the company in 1991 as an Account Manager, was later promoted to General Manager, and in 1993 opened Aires' West Coast Regional Office in Huntington Beach, CA.

Jeff started his career in the transportation industry in 1985 with United States Lines at the Port of Baltimore. Prior to joining Aires, he worked for Brown Transportation in Atlanta, GA, and also served as Vice President, Sales, for CAM Regional Transport in Pennsylvania. He holds a bachelor's degree in Marketing from Slippery Rock University. He is active in his support of the University of Pittsburgh Medical Center for ALS Research and also the Mario Lemieux Foundation. 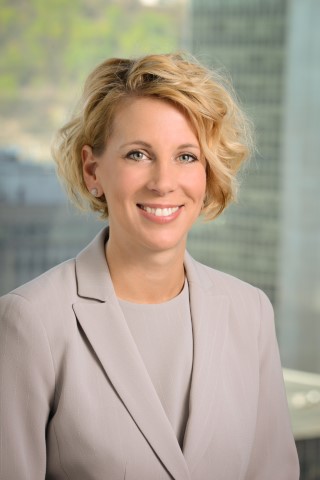 Joleen Lauffer is Executive Vice President at Aires. Joleen joined the company in 1997, and previously held the positions of Relocation Specialist, Program Manager, Account Manager, Director of Client Services and VP Operations. Today, Joleen oversees all operations and technology services with a keen focus on the strategic direction of the organization.

She holds degrees in Business and Spanish from Washington & Jefferson College and studied in Bogotá, Colombia. Joleen has also achieved her CIO Certificate from Carnegie Mellon University. She also maintains a real estate license, has earned the CRP and GMS designations and is a past recipient of the Meritorious Service Award from the Worldwide ERC®. 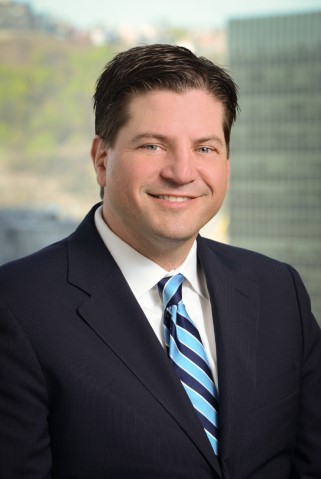 Eric Tate is the Vice President, East Region at Aires. He joined Aires in 1994 as a sales trainee and has worked in our Pittsburgh, PA, Houston, TX, and Huntington Beach, CA, offices. Eric manages sales and operations for our Danbury, CT, regional office and manages the Danbury and Pittsburgh offices as the Vice President of the eastern half of the United States.

He holds a Certified Relocation Professional (CRP) designation from the Worldwide ERC® and attended Penn State University, concentrating in Economics. 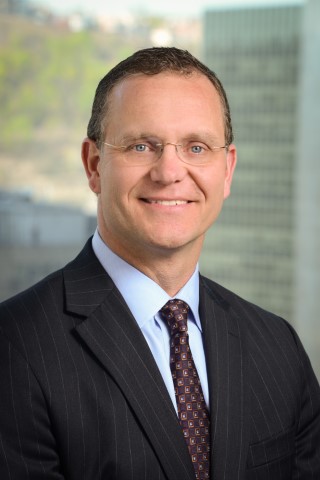 Ed Hartman joined Aires in 2004 and has significant experience in strategic leadership and corporate finance and is a member of the Aires Board of Directors. He began his career in public accounting with PricewaterhouseCoopers, and prior to joining Aires, he served as CFO of Basis 100, a leading technology provider to the settlement service/mortgage industries. He leads the internal finance strategy, expense management, international compensation administration, payroll and tax reporting, and the billing and collections teams.

He is a graduate of Indiana University of Pennsylvania and is a member of their Athletic Hall of Fame and holds both a Certified Relocation Professional (CRP) designation from the Worldwide ERC® and a CPA certification. 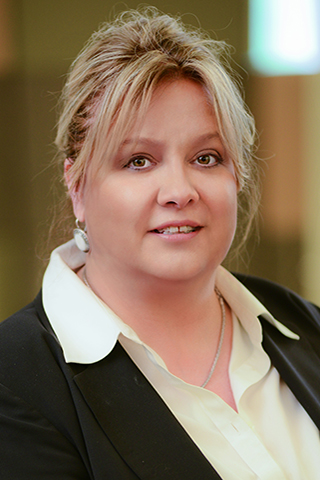 Pam Dunleavy is Vice President, Sales and Marketing, at Aires. Pam joined Aires in 2013 with 32 years of previous relocation industry experience. In her role, she is responsible for oversight and management of the Sales, Marketing, and Consulting Services teams. She is also responsible for the ongoing growth of the organization in addition to assisting and driving the direction and vision. Prior to joining Aires, Pam held several positions with competing relocation firms, including Sales Lead, Vice President of Client Services, Sales, Account Manager, and Consultant. 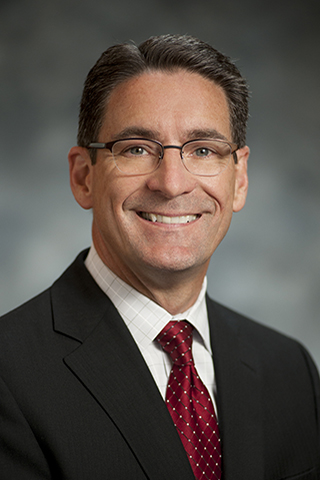 John Casuccio is Vice President, Central Region, at Aires. John joined Aires in 2006 with more
than 20 years of experience in the domestic and international freight forwarding industry. He is responsible for the overall operation and profitability of the office, which includes both sales and operations teams in the Central Region. John started his career with Aires in 2006, beginning as an Account Manager.

John’s experience prior to joining Aires includes many roles in domestic and international household goods, where he held leadership positions in both operations and sales. John’s credentials include an associate’s degree in mining engineering and a bachelor’s degree in business administration. 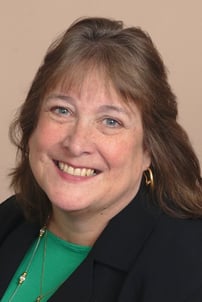 Barbara joined Aires in 2009 with 26 years of previous relocation industry experience. In her role, she is responsible for the management of the Northeast Region operations teams, providing operational oversight and support to the service delivery teams.

In her time with Aires, Barbara has also held the title of Regional Operations Manager and has been a six-time recipient of the Circle of Excellence award for outstanding customer service. Prior to joining Aires, Barbara held positions with several competing relocation firms, including Vice President of Operations, Sr. Relocation Administrator, Mortgage Manager/Underwriter, Account Manager, and Equity Supervisor. She has worked in all aspects of relocation and has managed many government accounts. 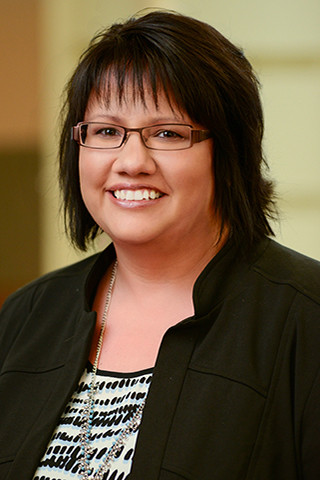 Jennifer is the General Manager of Aires’ Gulf Coast Regional Office in Houston, TX. She is responsible for the overall operation and profitability of the office, which includes both sales and operations teams. Jennifer started her career with Aires in May 1997, beginning as an Account Coordinator for international household goods forwarding. She was one of the pioneers of the company’s Policy & Property Consultant position.

Over the years, she has held various transferee- and client-facing roles, including Account Coordinator/Mobility Specialist, Policy & Property Consultant, Policy & Property Consultant Team Lead, Business Process Manager, Director of Consulting Services, and most recently, Director of Client Services. In addition, she has served the role of Client Services Manager and Account Manager for key Aires customers.

Jennifer received a bachelor’s degree from the University of Pittsburgh and holds the CRP and GMS designations from the Worldwide ERC®. She was the recipient of the Bronze Stevie Award for Woman of the Year – Business Services at the 10th annual Stevie Awards.

Lance is the General Manager of Aires’ Huntington Beach, CA, office. Lance joined Aires in 2019 with 32 years of experience in the relocation industry. He is responsible for the overall operation and profitability of the office, which includes both sales and operations teams. He interacts with both clients and employees to achieve customer service excellence.

Lance’s experience prior to joining Aires includes many roles in domestic and international relocation, having held leadership positions in both operations and sales with three competing relocation providers. He has worked extensively in the United States, Asia, Africa, and the Middle East. Lance has held leadership positions with relocation management, destination services, and household goods shipping companies over the course of his career, specializing in strategic company development in key markets, client relationship building, and team development.